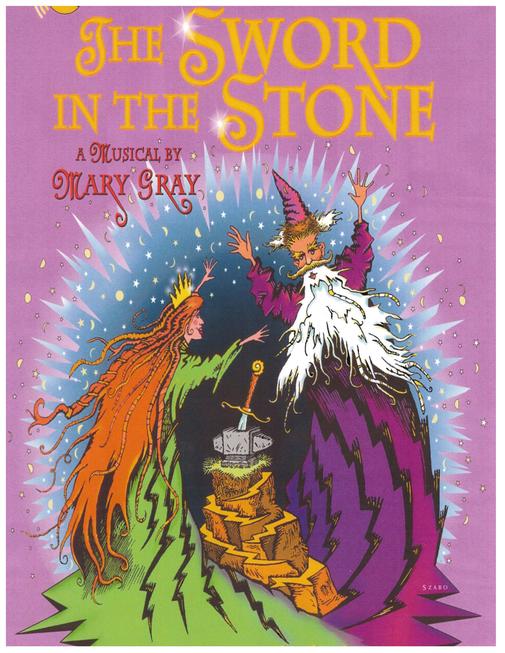 THE SWORD IN THE STONE, a musical about the childhood of the legendary King Arthur, will appeal to audiences of all ages, both adult and children. It is based on the story of Arthur growing up an orphan in the castle of Sir Ector. He is constantly taunted by his adopted sibling, Kay, and threatened by the evil queen Mab and Arthur's half-sister, Morgan le Fay. The magician Merlin and his assistant, the beautiful young sorceress Nimue, use their magic to teach Arthur the things he will need to know. Then one day, during a fencing tournament, Arthur miraculously removes the magical sword from its stone, and becomes king of all England. The songs include the majestic "Sword in The Stone", the comic "Only a Fool" and the wonderful, lyrical theme, "Everything is Magic". The evil Queen Mab tempts Morgan le Fay with her song "The Magic Word". And when Merlin casts his spells, the trees sing ("Like an Oak"), the flowers sing ("Give Yourself a Sunny Day"), the birds sing ("Fly!"), even the fish sing ("Friend of Mine"). Experience the romance, the pageantry, and the playfulness of this magical musical. There are two sets: the castle courtyard and Merlin's room.