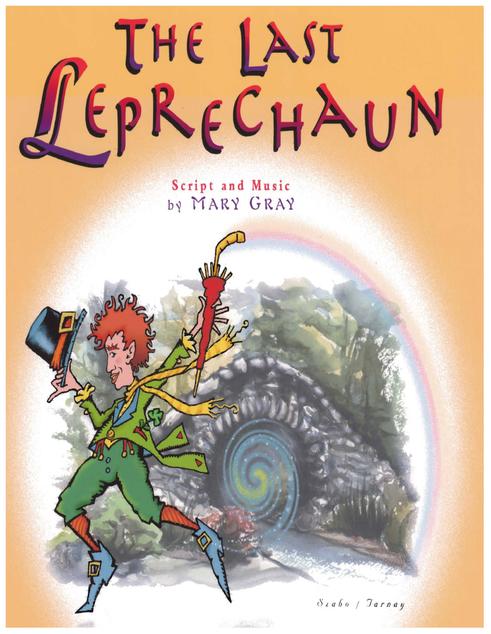 THE LAST LEPRECHAUN is the story of the only leprechaun left on earth, accidentally left behind when the other leprechauns went to live in a secret magical place beneath the earth. But this leprechaun is not exactly alone- he's being chased by a gang of angry fairies who had been denied access to the underworld, as well as a greedy Irishman who plans to make his fortune by capturing the leprechaun and his gold. Molly O'Brien, a young American girl visiting her relatives in Ireland, helps the leprechaun reunite with his friends and family. The songs reflect the spirit of the Emerald Isle as the tavern folk sing the rousing "Go, Go Laddy" and the last leprechaun reminisces about the olden days ("There Once Was a Time"). When Molly and the leprechaun visit the Fairy Kingdom, the Pixies serenade them ("The Pixie Song"), but they still are in danger from the evil fairy, "Eileree". In the end, all is well, and despite their problems, the folks from this small Irish town will be "Stayin' in Kildoonan", as Molly sings a final "Farewell" to her new friends. There are two sets: a small cottage in the woods and a Fairy Kingdom, which could be as simple or elaborate as you choose to make it.