The legendary ROBIN HOOD AND MAID MARIAN come to life in this mixture of adventure, comedy, and romance. Set in 12th century England, this production is sprinkled with jesters, dancers, troubadours, acrobats, sword fights, intrigues, and a "real" archery contest. The music reminds one of medieval folk ballads and jigs. The merry men (and women) of Sherwood Forest sing of "A Lively Life We Lead" and "The Outlaw in Us All". When the evil Baron de Lacy and his cohort, the hen-pecked Sheriff of Nottingham, force Maid Marian to flee to Sherwood Forest, the reunited Robin and Marian reflect on their carefree childhood in the moving ballad, "Turns in Time". The Sheriff plots to recapture them by holding a huge fair including an archery contest to determine who is the greatest archer in all of England, a title Robin claims. In another of his devious plots, he succeeds in capturing Robin. But Robin is saved by Marian and her old friend, King Richard the Lionhearted, who marries the couple by "The Joining of the Hands". There are two settings- a castle and a forest camp. The Nottingham Fair scene may be a large, elaborate fair or a pared down event depending on the number and talents of your chorus. This is an award winning play that is guaranteed to please audiences of all ages. 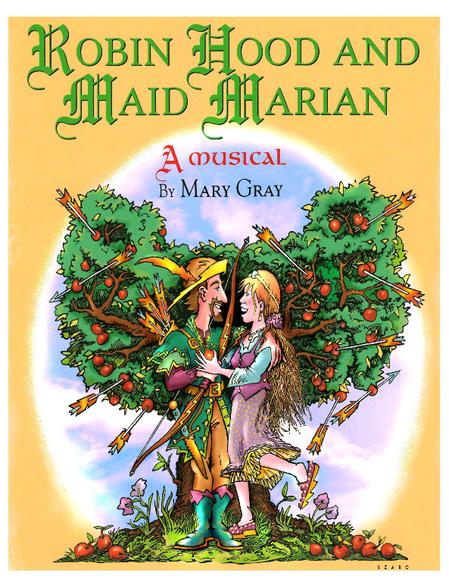