Some of the fairy tales we tell our children are as violent as any video game. The original legend of The Pied Piper had a very "Grimm" ending. In this version, the adorably comedic mice simply float away on the river. Furthermore, the children of the town along with the piper himself are lured back to Hamelin in the same way they were lured away- by the power of music. The story opens as the townspeople sing about their wonderful "Hamelin Town", but they are soon bemoaning the huge number of mice. The mayor offers a generous reward for mouse removal, but his deception is revealed in "If I were Mayor of London". The mayor’s daughter is in love with the piper and together they sing of how they will marry "By and By". Her best friend, Freda, is also in love with the Mayor's indecisive assistant "Yes and No".  Meanwhile, the mice are having a great time in Hamelin- "Bein a Mouse is a Kick!". The piper’s Muse helps him find a way to win the reward. All he has to do is "Listen for the Song". After the piper has rid the town of mice ("We’re Free!") and discovered the reward is a hoax, the Muse sends him a song that lures the children into the mountains, except for Sophia, the crippled girl who can’t keep up. "Sophia’s Song" describes the beautiful place the piper’s song would lead them to. The townspeople are able by the power of their "Children’s Song" to pull the children home again. And in a surprise ending, the piper gets his prize anyway and also marries the mayor’s daughter. There is one simple set and a variable cast size. This musical is appropriate for young audiences, but will appeal to all ages. While carrying the same messages about honesty and greed as the original legend, this Pied Piper has a satisfying and a happier ending. 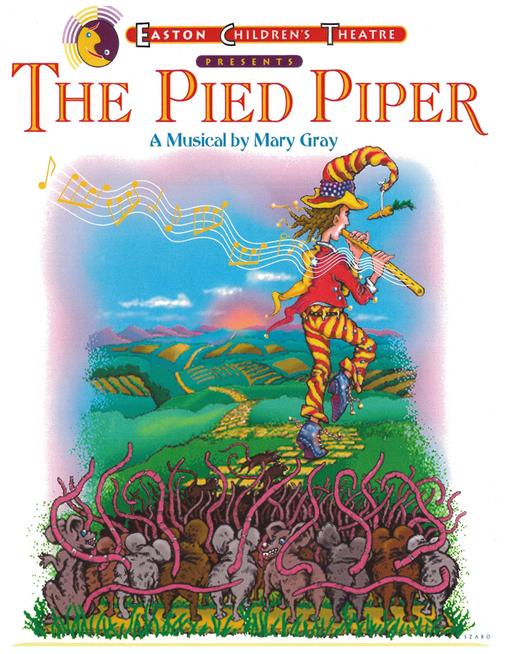